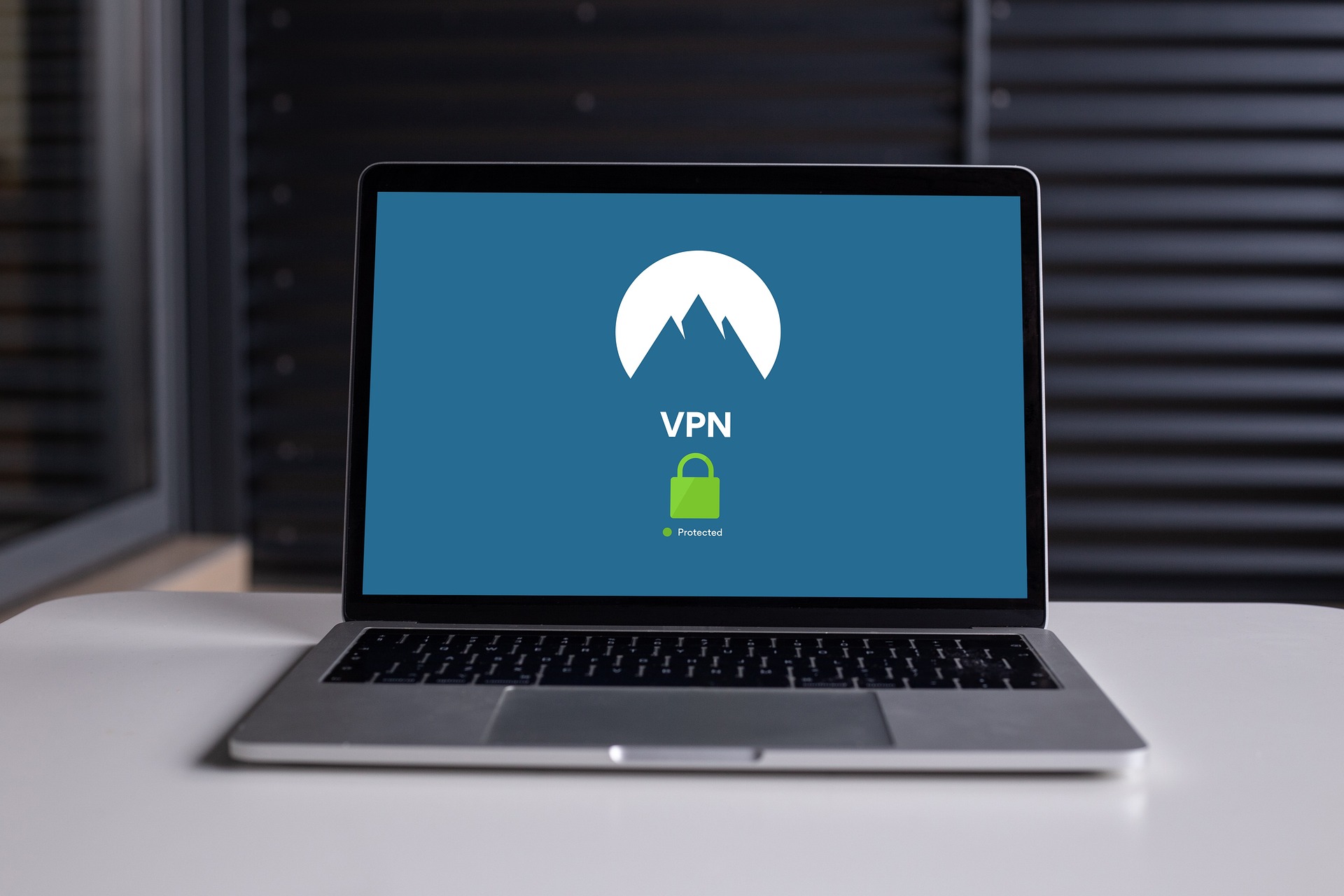 VPNs, for the most part, are legal. However, it does depend on what country you are using them in. In some countries, which we list below, they are banned outright, while other countries may have several restrictions placed on them - limiting their use.

Generally speaking, the countries where they are banned or restricted, tend to be more of a dictator state, so the below list is unlikely to surprise. Individuals use VPNs to protect themselves from hacking, but VPNs can also stop their online activity from being watched. For that reason, governments that like to keep an eye on their citizens, and often censor a great deal of TV or other media, will often be the ones that restrict VPN usage.

The countries where VPNs are banned

If you are in the following countries, and you are caught using a VPN, you will be deemed to be partaking in an illegal activity. It doesn’t matter if what you are doing online is legal at all - the very act of establishing a VPN and using VPN software is a crime.

In general, the stance that these governments outwardly take is that they ban VPNs as they believe people use them simply so they can perform illegal activities. A cynical person would argue that they are also countries that have many censorship laws in place for the internet to prevent anti-government propaganda being circulated. .

North Korea is famed for its highly restrictive approach to ruling the country. The internet is heavily restricted there, and as a result, it will come as no surprise that VPNs are totally banned. Instead, the government wants to be able to track all online user activities. They may do so under the guise of ensuring that no illegal activities are conducted. Still, it’s also a way to limit a person’s communication and access to anti-government content.

VPN usage was totally outlawed in Iraq a number of years ago. However, even then it had a highly censored approach to internet usage - censorship content was even something that the media was not allowed to discuss there. Those that are caught using a VPN in the country are subject to the punishments outlined in Iraq’s laws.

Oman's law is a little more nuanced when it comes to internet and VPN usage. While VPNs are banned, Oman has also banned encrypting data. However, that would mean that using the internet at all in the country would cease, so some companies can use VPNs if the country’s local authority has approved them.

Belarus, a strong Russian ally, has banned the use of VPNs for several years now. Citizens and visitors to the country can’t use the TOR network either. Like many countries where they are outright banned, the government there is a dictatorship where the media, and therefore the internet, is heavily censored. Any content that promotes Western values or content that criticises the current ruler, is stopped.

Use of VPNs is totally banned in Turkmenistan. The government is able to track their usage and as such find any perpetrators using them, and then charge them with a punishment they see as fitting. The internet, in general, is strongly restricted in the country too, with the majority of the country only being able to use something called Turkmenet. Authorities are able to follow internet usage easily as a result, and VPN providers rarely are able to operate there.

Countries where VPNs are restricted

It will come as no surprise that China limits the use of VPNs. In fact, it could come as a surprise that it does not outright ban them. People often want to use VPNs in China as the government heavily censors what is published online. However, any VPN that is used must be one that is allowed by the Chinese authorities. You may find that many VPN services are simply blocked in the country, and the ones that are allowed can sometimes have slower speeds or connection times.

The Russian internet is another form of media that the government there heavily censors. For that reason, the government also heavily restricts VPN usage. If you are Russia you are only allowed to use providers that are on a government-approved list. You’ll find that the ones that are on that list are the providers who maintain logs and record user data.

One nuance of using a VPN in Russia is that it is an illegal act to try to use a VPN to access content that is geo-blocked there. That means you will be committing a crime if you are found to be accessing blocked content when in Russia. However, if you are using a VPN for other reasons, and the provider is on the government-approved list, you should be ok to establish a connection. However, it’s always prudent to ensure that your online activity is legal in Russia first.

One problem that you may find with accessing a VPN provider in Russia is that many high-quality providers won’t  or don’t offer their services there. Many took their server networks out of the country when the government requested that providers maintain logs. Reputable providers never keep logs - to stay true to the purpose of VPNs - so, to stay compliant with the Russian law and still remain close to their ethos, they simply stopped running servers in the country.

Turkey maintains that it restricts VPN usage, and totally bans certain providers, to help fight terrorism. However, the country does have a history of censoring online content and stopping the use of some social media platforms. The result is that no content that is anti-government is published or publicly available.

As is common in countries where VPNs are not outright banned, if you are found using a VPN in the UAE while accessing blocked content or for illegal activity, you could be charged. That may be a fine, or worse. The impact of these outcomes is that while VPNs may be deemed legal, as their usage is so limited, they almost end up being illegal anyway.

India has recently required VPN providers to begin taking logs. If providers refuse, they could be charged with illegal activity and face subsequent proceedings and outcomes. The result is that many providers have stopped offering their services in the country. So, while the usage of VPNs is not illegal there, the companies that are left are the ones that are taking logs, so you may not want to use a VPN in India anyway.

Iran is similar to China when it comes to VPNs in that they only allow the use of one if the service has been provided from a company which has been approved by the government. However, the VPN providers that have been approved maintain logs, still censor content and monitor internet usage.

Egypt restricts VPN usage in the country by charging fines or threatening prison to those that are found to be accessing illegal content. For the most part, that will mean using a blocked website. As a result, even though VPNs themselves are not blocked in the country, care should be taken when using them so you don’t inadvertently stray into legal hot water.

Unusually, Uganda’s government tries to tax its citizens for social media usage. As a result, it asked internet service providers to block people who use VPNs. VPN usage has widely continued in Uganda however, and they’re technically not illegal there. Again, it’s always a good idea to check what you can do whilst on the internet there to ensure that you are not breaking the law unwittingly.

It’s really crucial to remember that if you are caught using a VPN in a country where they are illegal, you are breaking the law - regardless of what you are doing while online. It’s also vital to realise that even if you are a citizen of another country, but are caught using a VPN in a place where they are illegal, you can still be arrested and charged. It’s important to stay within the law of where you are so that you do not get yourself into any trouble.

That’s the same for countries where VPNs are severely restricted. While it may limit their use, and how you like to utilise them, you could find yourself subject to legal proceedings if you are found to break the law.

For that reason, it’s also a good idea to stay up to date with the current law of the country in which you are living or visiting - and their approach to VPNs. It’s a constantly changing thing, and an increasing number of governments may seek to implement restrictions - for security or privacy reasons. 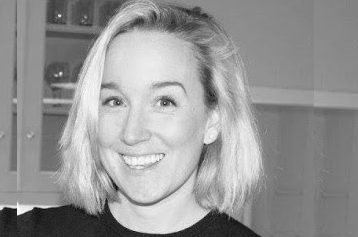 VPN Jargon Buster - All The Terms You Need To Know

All the ways a VPN can protect you online

Everything You Need To Know About VPNs

Your Checklist to Choosing a VPN in 2022

Dispelling Myths: Is it Legal to Use a VPN for Netflix?